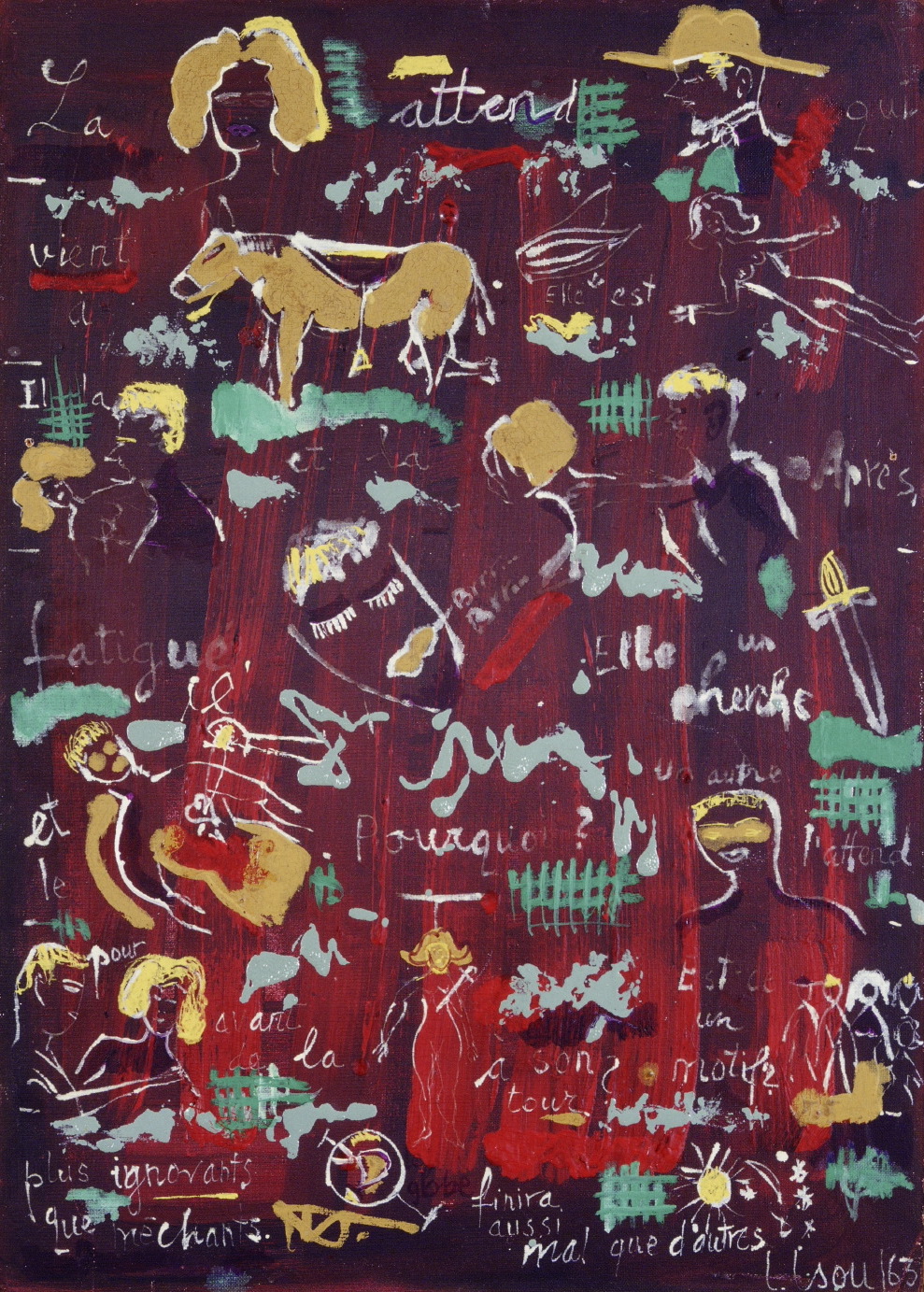 The Elke and Arno Morenz Collection focuses on the early works of the founders of Lettrisme and Lettriste Internationale, many of which are of historic importance.

Isou shaped Lettrist poetry, visual art and music. At the age of 22, his first book Introduction à une Nouvelle Poésie et à une Nouvelle Musique (Introduction to a New Poetry and a New Music) (1947) was published by Gallimard. In their poetry, Isou and his group used invented letters and alphabets as well as poems reduced to mere letters.

Lettrist painting involves the use of signs, letters and words, both existing and invented (Hypergraphy). However, they are not meant to simply transport a written message but are symbols with an aesthetic value of their own. In overthrowing the existing categories of figurative and abstract, Isou introduced the concept of Infinitésimal into art, an important milestone for conceptual approaches.

In 1963 he wrote the following in his Manifestes brefs infinitésimaux:

With Infinitésimal Isou introduced boundless aesthetic imagination to art, extending the concept of what art could be. Consequently, his third introduction to art, Supertemporal, allowed the recipient to participate in the artistic process.

While Lettrist photography employed chemical, mechanical and painting techniques, their films excelled, for example, by a complete separation of picture and sound. In contrast, Lettrist sound poetry used the human body as its sole instrument.

In 1952 Guy Debord left the Lettrists together with Jean-Louis Brau, Serge Berna and Gil J Wolman to form the Lettriste Internationale. This new movement merged into Situationniste Internationale in 1957 with only Debord surviving and new members such as Asger Jorn or Giuseppe Pinot-Gallizio coming on board. For his part, Francois Dufrêne set up Ultra Lettrisme which later merged into Nouveau Réalisme with Raymond Hains, Jacques Villeglé and others, known for their Décollages. However, Dufrêne kept contact with the Lettrists through his poésie sonore well into the sixties, also forming a second Lettriste Internationale with Brau and Wolman in 1963.

Both Lettrists and Situationists were politically active. Already in 1949 Isou wrote Le Soulèvement de la Jeunesse (Youth Uprising), a book that predicted the social and political revolts of 1968. It has been translated into many languages.