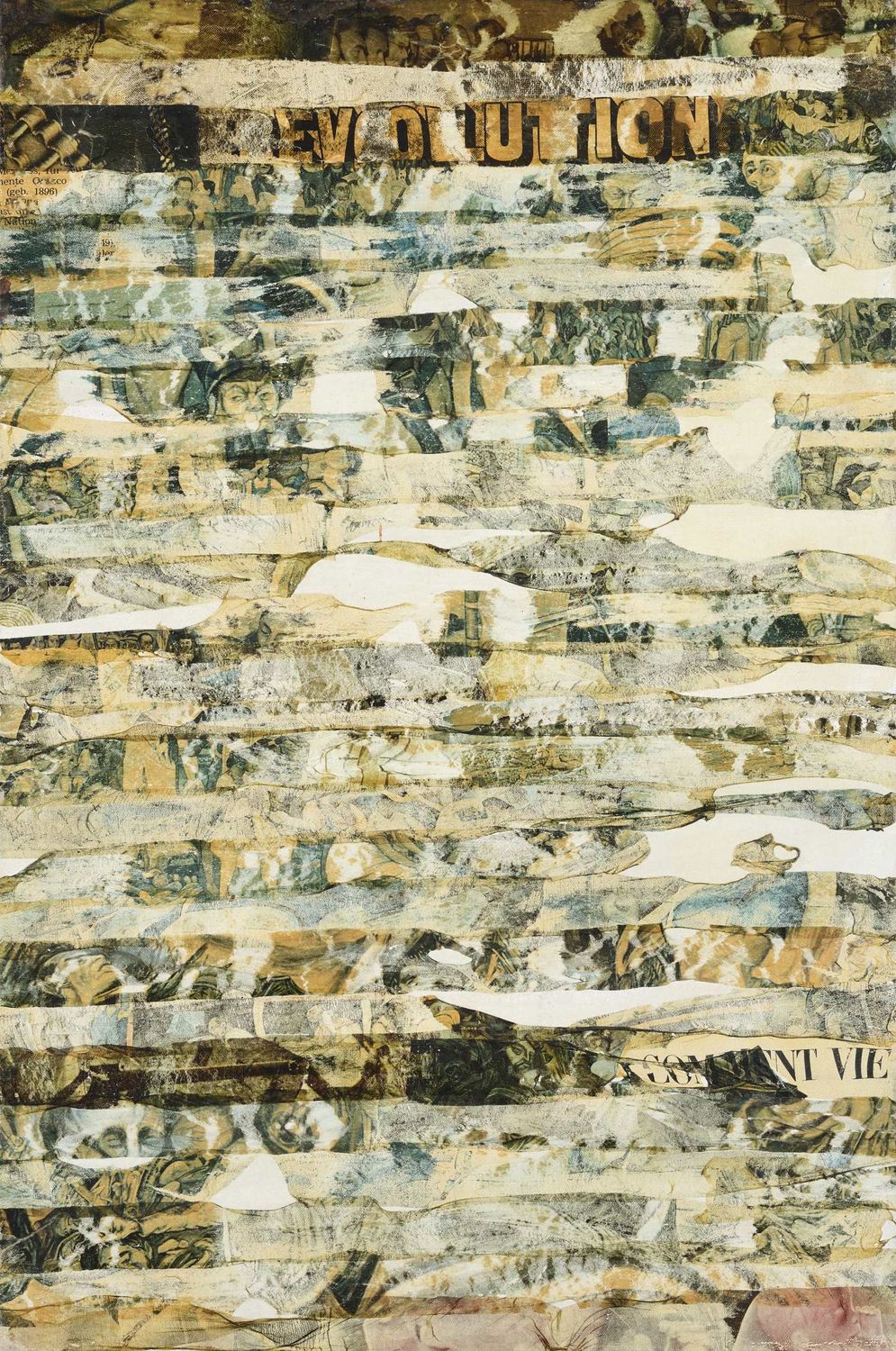 Elke and Arno Morenz started the collection back in 1968, the year of the May revolution in Paris. Because of Elke’s friendship with the Lettrist artist Maurice Lemaitre since 1962 the couple collected works of the prevailing counter cultures. They focused on art, which also was politically inspired such as “Lettrisme” and “Internationale Lettriste” (later “Internationale Situationniste”). The seven avantgardes represented in the EAM-Collection today reflect five decades of collectors’ search (meanwhile Swana Pilhatsch-Morenz followed as Arno’s partner her mother, who died in 2009 in St. Germain des Prés). The collectors lived in Paris during the seventies because of professional reasons and again in the new millennium for another ten years, where they participated in the Lettrists’ discussion circles in the Cafés of St. Germain des Prés. Artwork and documents of historical importance were acquired directly from the artists.

The collectors decided that in their view three outstanding illuminators and changemakers paved the way of the history of art and social development in the Post War period: Isidore Goldstein-Isou (1926-2008), Asger Jorn (1914 -1973) and Guy Debord (1931-1994). The avantgardistic movements in the EAMC were all led or influenced by one or several of those three artistic personalities.

St. Germain des Prés was the world’s hot spot for avantgardistic though sometimes utopian ideas in art and social thinking in the years after World War II. The surrealists were fighting for survival. New movements cropped up: “Lettrisme” (Isidore Isou, 1945), “Cobra“ (Asger Jorn, 1948), “Internationale Lettriste” (Guy Debord, 1952). Italy became home of “Arte Nucleare” (Enrico Baj, 1952), “Bauhaus Immaginista” (Asger Jorn and Piero Simondo, 1953) and “Pintura Industrial” (Guiseppe Pinot-Gallizio, 1955). They all had similar utopian thoughts. With the exception of Isou’s original Lettrisme and Arte Nucleare those new movements were merged into Debord’s “Internationale Situationniste”. All these creative thinkers fought – sometimes united but sometimes against each other – for glory and intellectual supremacy. But all of them wished to enter history not just as artists but as architects of a paradisian society in a better world.

Artists in the Collection